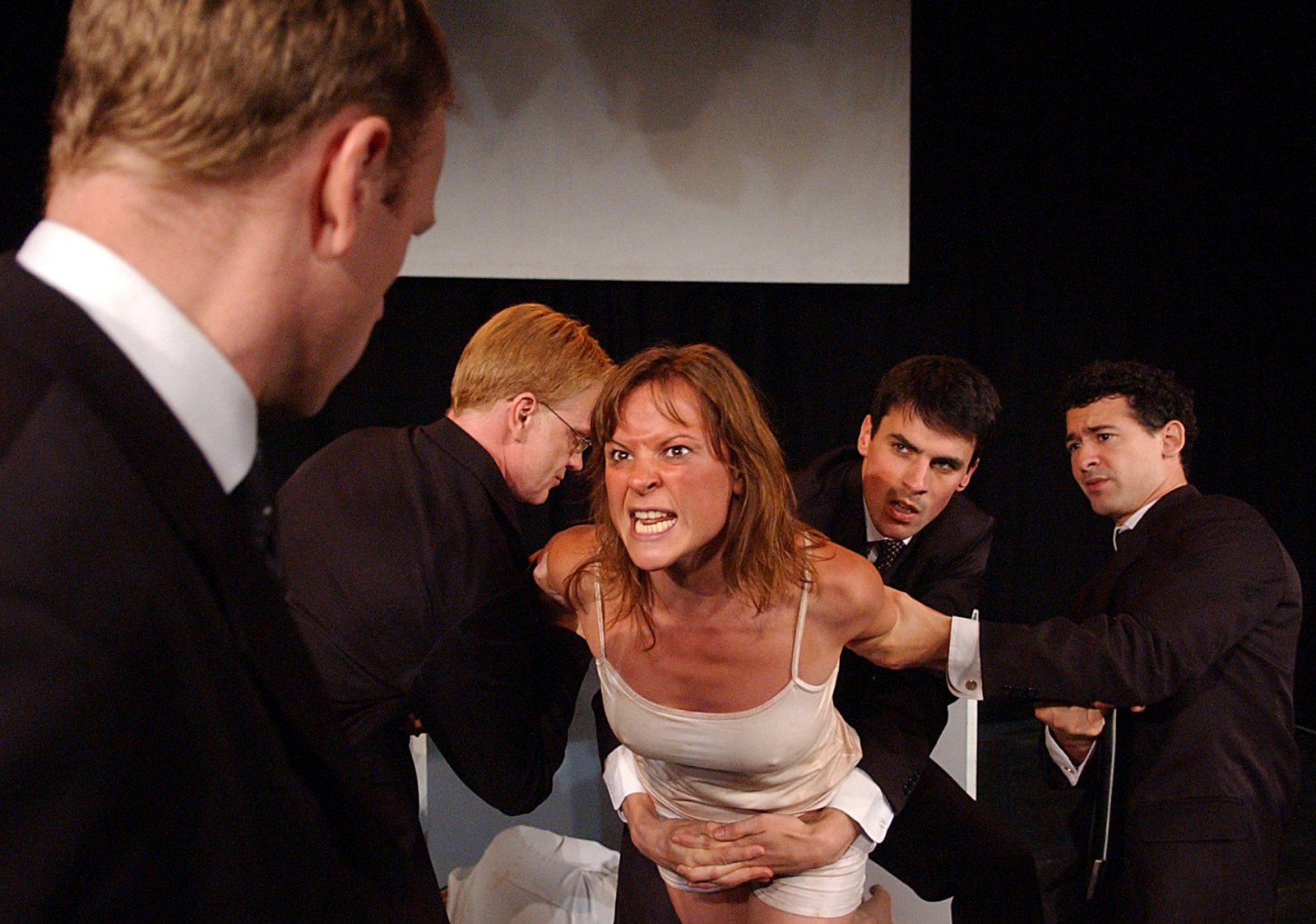 This was produced at the Pleasance in the Edinburgh Festival Fringe in August 2004. It was named Best New Play by The Guardian, and won a Fringe First from The Scotsman, and subsequently transferred for a limited two-week run to the New Ambassadors theatre in the West End, London. The original Edinburgh cast was Julia Hickman, Nigel Hastings, Charlotte Asprey, Miranda Cook, Alastair Kirton, Alan Drake, Richard Simons, Simon Poole, Tom Davey, James Burton, Alex MacQueen (and myself as part-time bodyguard!). It was directed by Hannah Eidinow, designed by Mike Lees, and produced by James Seabright.

This adaptation of Sophocles’ Antigone was written specifically for a LAMDA workshop production directed by Hannah - this went well, so we were encouraged to produce it in Edinburgh.

I wrote it in verse with an iambic ‘thump’ of political language, both public and private, especially given all the debate surrounding Iraq and foreign policy generally at the time. A scene where Creon quibbles overs photos of Polynices’ dead body, which I wrote in mind of the release of pictures of Uday and Qusay Hussain’s dead bodies by the US, gained extra reasonance later on with the Abu Ghraib photographs.

“It’s certainly rare to see a classical adaptation that goes as bravely and directly for the contemporary relevance of its story as Glyn Cannon’s electrifying new version of Antigone… “ Joyce McMillan, The Scotsman

“Shockingly good … Cannon’s script is foul-mouthed, urgent and to the point, and reinvents this old play in a shockingly contemporary fashion. ” Lyn Gardner, The Guardian

“this is a great version of Antigone – clear, concise and full of contemporary reasonance…” The Sunday Telegraph